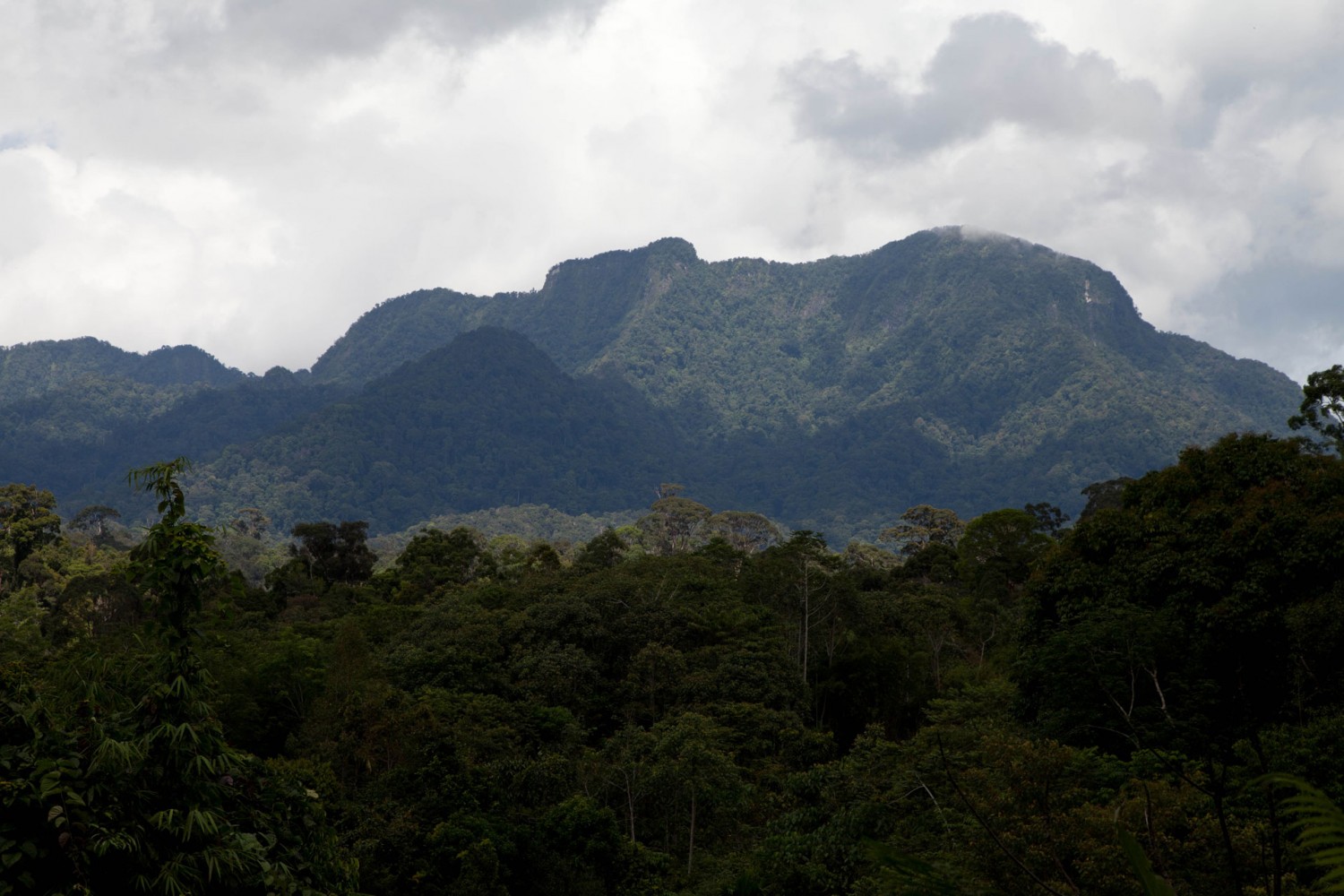 I begin 2014 almost as I ended 2013 – preparing for a massive, multidisciplinary, collaborative expedition to a biologically and culturally fascinating mountain in Borneo – but I’ve got some big changes planned for the year ahead…

We’ve pulled together an awesome team of young Indonesian scientists from various universities, a cultural research team from a local NGO, and two award winning wildlife photographers, and at the same time we’ve planned an integrated university field trip that is giving 40 future conservationists two weeks to learn about tropical rainforests and indigenous communities.

We’re working closely with a highly engaged local community who want to share their knowledge and the myths and traditions surrounding the mountain, and also to learn from us about how to maintain their forest and its biodiversity.

We’ve organised all this in a little over a month.

This is my job. I created it. It’s awesome. But it is also needs to change.

It’s almost five years since I made a poster that would lead to this job. It said something like, “Do you want to go on an expedition?” along with a paragraph about how I wanted to build a multidisciplinary team to combine science and the media on an expedition to somewhere remote and threatened.

I put 20 of these posters up around my campus, and I received over 400 inquiries, which was 10% of the student body! The project began life as fx-pedition 2010 (fx for Falmouth and Exeter) and later became the Murung Raya Expedition. It caught the imagination of so many famous people and prestigious institutions that it began to take on a life of its own, and my ambitions grew with it. Before we set off (after 18 months of planning and fundraising in order to spend 3 months in-country) I co-founded a charity to try to capture the momentum we had generated, to try to get the most bang for our buck, to maximise our impact.

The expedition was incredible, won multiple awards, and changed me forever. It was the hardest thing I’d ever done (it probably still is) and it probably took me over a year to recover from the emotional drain of being young and inexperienced and in charge. Afterwards, building and managing the charity became my full-time job, which has been an amazing and at times humbling experience that has taught me so much about the techniques, philosophy, management, and administration of conservation, charity, and business. I’ve learned how to do everything from managing a charity’s accounts to designing websites to living and working with Indonesian and Dayak people.

I have been able to earn a living, to be my own boss, to live overseas in a magical country, to combine various things that I love to do like explore and create and dream and inspire, and to do meaningful work finding practical solutions to very real, very important challenges that truly affect everyone alive and all our future generations. These are all things I want in my life, that should be making me feel fulfilled and satisfied. But in truth I haven’t been fulfilled or satisfied in a long time.

I haven’t been really happy.

Last year, at the summit of one of the most remote and inaccessible mountains in Borneo that took 6 days of walking through primary forest to reach, I had a sort of epiphany. I’m still trying to find the words to write about this but will get there soon. Staring out over a sea of primary forest that is among the oldest on earth, I was suddenly aware of and able to comprehend in some way the geological scale of things – of time, of life on earth and it’s evolution and our human impact on it, and it’s uncertain future with the only certainty being that there will be massive unimaginable changes to all life on earth and that at some point it will all be gone, forever.

I have lots to say about those questions in future posts, but I didn’t suddenly become disheartened or overwhelmed or lost. Perhaps the opposite. It didn’t happen immediately but faced by the scale of this imagined history of life and its inevitable fate, perhaps I began to look for the areas life where I could truly exercise some control. That area, as it turns out, is my own life.

Slowly, over the course of the next year, without much soul searching or deep and meaningful conversations, an awareness grew and developed within me. I began to understand, in a profound way that is hard to articulate, that old idea that change starts within us, and then around us, and that the saying be the change you want to see is not some trite little quote that we should raise a cynical eyebrow to. This little seed that was planted up on the mountain has grown into a firm, plucky little sapling that is still putting down roots and stretching it’s young branches out toward the sunlight.

This sapling has taught me that I have not been being the change I want to see. I have not been living the future I want to help create. I’ve been stressed, frustrated, massively overworked, and increasingly aware that many years have passed where I have felt as though I have achieved little personally or professionally, and yet made great sacrifice to my personal relationships, my creativity, my enthusiasm and energy, and even my health.

I think, perhaps, I was trying to send astronauts to Mars before I had learned to live peacefully and happily on my own beautiful Earth.

Now, When I think about leading a meaningful life as an agent for positive change, I think of concentric circles, the innermost being our own selves and our sense of happiness and our ability to love and accept ourselves. From that inner circle we can influence and spread happiness to the next circle – our closest friends and family. The next circle is our local community and how we take part in and engage with that, and so on until we arrive at engagement at a global level.

Issues like climate change, while certainly global, are also very local and connected to how we live as individuals. They transcend the circles, connecting them. This realisation was important. My ego probably drove me to go out into the world to try to solve its problems at scale, but actually being a proactive member of a local community is working towards those solutions, and gives us the platform from which to step onto bigger stages, and the personal integrity required to speak from them with any moral authority.

But that innermost circle is the key. If I haven’t lived them, I have always known that love, generosity, compassion and kindness are the heights of human nature, and that they create a deep happiness within that is contagious. Living this way and spreading happiness and good will is the surest way each of us can move the world forward toward some better future.

Then, living simply, spending lots of time outdoors, having adventures for their own sakes, enjoying friends and family, eating well and keeping fit, cultivating new skills and knowledge, being free, mastering self and living with integrity, reading lots, writing lots, playing lots, being creative and pursuing fun and meaningful projects with inspiring people… these are the ways I want to live my life.

My job, as jobs go, is awesome, but it has not allowed me to live my life in these ways to which I aspire. It has stunted and restricted my personal growth and that in turn is frustrating my ability to live a positive meaningful life. So, awesome as it is, it has to change. I have spent most of 2013 gearing up for this change, readying myself, preparing the ground around me, loosening shackles, and reasserting myself against the expectations of others. And now here we are. I’m ready.

So my 2014 is going to be about me. It will be about reconnecting with myself, my values, and my aspirations, and rebalancing my life around those things, and around friends and family, and hopefully the beginnings of a new community, probably in Bristol, as I move back to the UK with my very lovely, very patient partner. It will hopefully include lots of writing, plenty of physical challenges, some personal creative projects, lots of sleeping outdoors under the stars, and hopefully mountains, cool weather, a European autumn, and a wintry Christmas.

First and foremost, I have the amazing pleasure of spending the next month exploring this unmapped mountain in Borneo, supporting scientists to uncover its secrets, helping anthropologists to study its cultural significance, and hopefully giving 40 university students all the inspiration and motivation they need to stay the course and pursue a life of science and conservation!

I knew 2014 was going to be a big year even before I had welcomed in 2013. I am incredibly excited to be at the start of it, and I hope you will share some of it with me here. 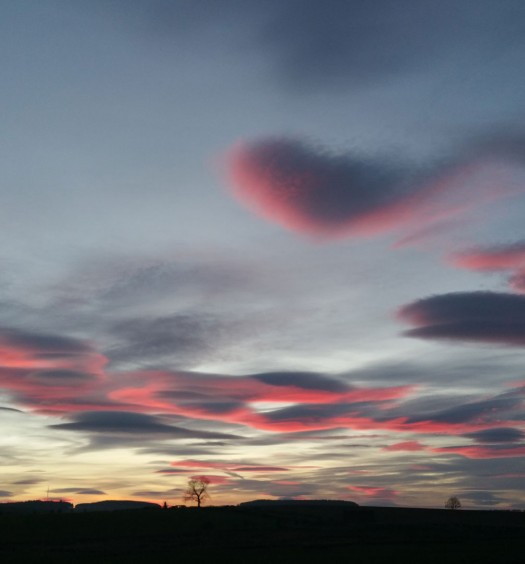 The Unexamined Blog Is Not Worth Writing

Read More
The Unexamined Blog Is Not Worth Writing 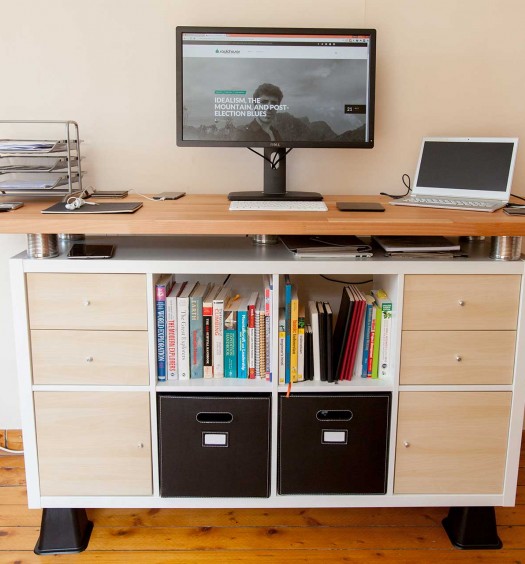