In homage to Physics Gnome who lived in a small tent in a garden near Manchester for a whole year while studying for his masters. Legend

There was a story in the Guardian this week about a physics student from Canada who lived in a tent while studying for a Masters at Manchester University. He pitched his small one or two man tent in someone’s back garden for free for the full academic year, saving a small fortune on rent. He became affectionately known by the owner of the garden as Physics Gnome.

For the Guardian it was a good bit of clickbait, presumably aimed at provoking its readers anger at the Tories proposed changes to student grants (they won’t be grants any more). Now, I personally think that higher education should be free as it is of both economic and cultural value to the rest of society, and that the current bunch of sociopaths running around burning and shitting on everything that is good and decent in our society while simultaneously pretending they have our best interests at heart should be rounded up en masse in Trafalgar Square and encircled by everyone who has ever dreamed of living in a compassionate and just society before being unconditionally but quite ceremoniously love bombed to oblivion by teary-eyed but ecstatic hippies hell bent on reminding them of all the wonderful and good and human things that they once thought and did, and forgiving them loudly and belligerently for everything they’ve done since whatever trauma they suffered in their past (public school?) turned them into the soulless petty nihilistic monsters they do their best to resemble today.

It may take some years before this method of bonding and forgiveness (taught to us by the vastly superior Bemba People of Africa) starts to work, so we’ll have to do shifts, but I think you have to agree with me that it’ll be worth it.

Anyway. Now that we’re clear that I agree with the fundamental message the Guardian is trying to spread here, the actual story is that the guy in question wasn’t forced to do this: he chose this option over debt, and what’s more he seemed to really enjoy it, which shouldn’t come as a surprise. Camping is fun. Doing things differently is fun. Finding a fun and unusual way to stick two fingers up to a system that is trying to saddle you with debt, is fun!

I have had plenty of this type of fun. I’ve bivvied and camped while working as a consultant, squatted while trying to decide if London is worth it (it’s not), lived in various developing countries as an exotic way of paying low rent, and couch surfed to the extent of having to be apologetic about it when I try it now. I think free camping in someone’s farm or back garden is one of the best options for a variety of reasons, and I can look back at times of my life where I wish I had done as this guy did.

For the first year of my second attempt at full time university I somewhat accidentally ended up buying a van off ebay for £500, and so I lived in it. It was a pretty big van but it wasjust a shell, with no insulation, lighting, power, or shower, or anything. It drove fine, so I could move it about and not upset people by staying too long on their streets (van dwellers are not very welcome in most of England it must be said), but it wasn’t exactly luxurious. I stuck in a blow up bed, some shelving, a gas stove to cook and make tea, I showered at the university (or occasionally at my mates) and I was fine. Sometimes it was hard, or lonely, or just cold and damp and a bit miserable, but mostly it was fun. In fact I loved it. I was free to move about, I enjoyed the challenge and the eccentricity, and saved a massive amount of money on rent and bills.

Looking at the comments below the article and the Reddit thread from this guy’s story, a lot of people have been pretty impressed, inspired, and even jealous (instead of the outrage the Guardian was presumably hoping for) which, again, is not at all surprising to me. He’s avoided something we all hate (debt) by daring to imagine an alternative way and then living that alternative, even though it might be slightly more difficult or socially unusual. He’s no different to the adventurers that inspire so much admiration and jealousy (of the positive kind) from everyday folk unsatisfied with their humdrum lives.

So, I ask you, especially those of you like me who live in a country where the average person spends half their income on accommodation: is there an alternative for you?

How much money could you save if you weren’t paying rent? Or how many fewer hours would you have to work each week? Could you camp? Live in a van? Move to India and live on £3 a day? Exchange skills or services for a room or a caravan or a boat somewhere closer to home? Find a commune? Or even just get a job where room and board is one of the perks?

When you look around at your home, and the walls and the kitchen and comfortable furniture and all the nice stuff, perhaps anything different seems impossible. But clearly it’s not. If the amount that you’re spending on that home is holding you back, keeping you in a job or a city you don’t like, or forcing you to work 9-5-65, maybe it’s time to channel your inner Physics Gnome.

But first, it’s your turn to love bomb a Tory. 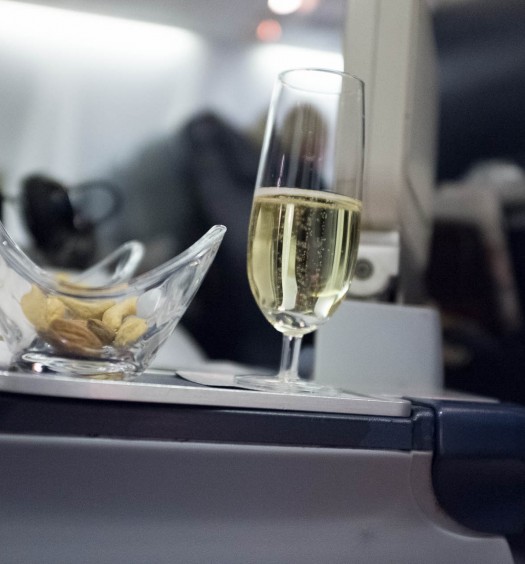 How Do I Afford My Lifestyle?

Read More
How Do I Afford My Lifestyle?
Comments
Submit a Comment