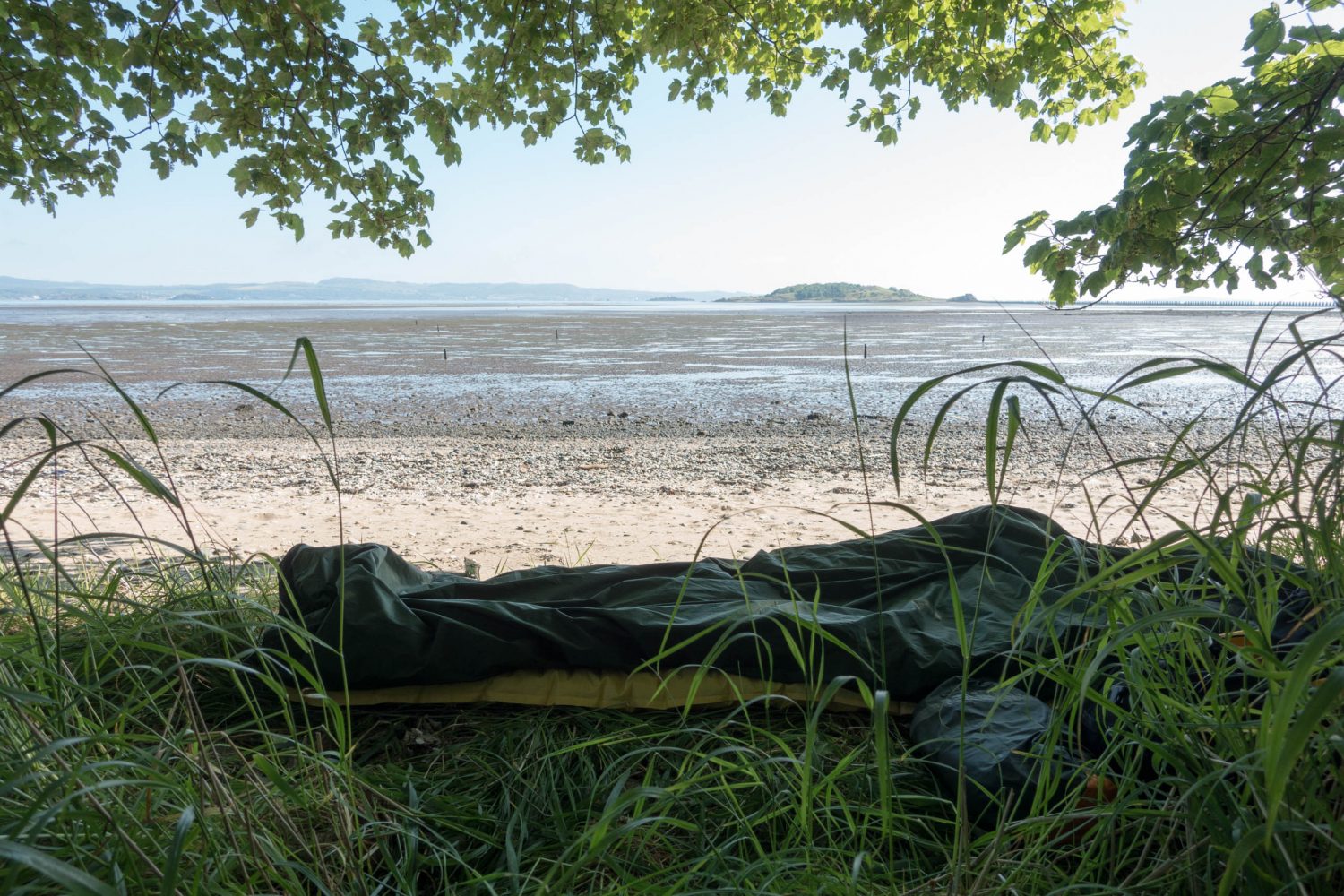 #30NightsWild is a little project to wild camp and wild swim every day in June, telling a little story about each night, and making a little film along the way. This is from my first night at Hunter’s Crag on the Dalmeny Estate.

Arrive late, leave early. That’s the wild campers motto. Follow this rule and you’re less likely to be disturbed, or to disturb others. You’re free to roam around looking for the perfect spot, get a good sleep, and have a cheeky skinny dip in the early dawn before packing up and heading off.

“The woods are magical at night.”

But when it’s still light at 11pm and dawn is breaking at 3am, this approach is a little trickier! If I’m going to get enough sleep to function like a normal adult this month I’m going to have to be extra choosy about where I camp – spots a little more remote, and a smidgen more hidden from view. 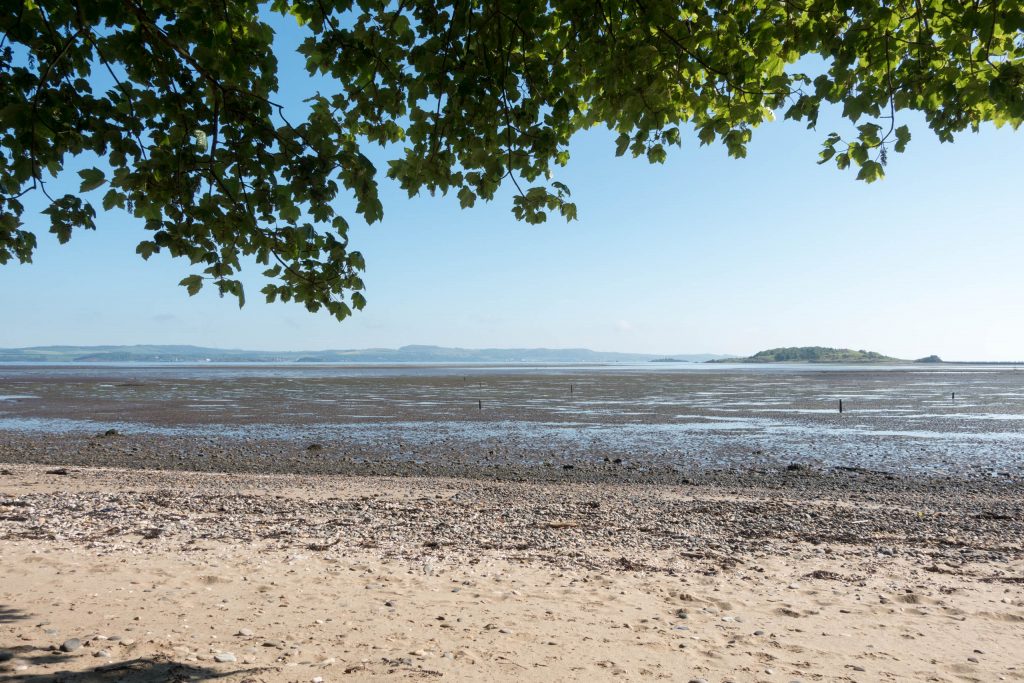 I was working late last night, and I wanted my first night out to be easy, so I packed my bag and jumped in the van instead of cycling. I headed to the Dalmeny Estate, parked, and continued on foot along the John Muir Way toward the coast. I hadn’t been this way before, but I thought I’d probably find a spot on the beach, and if not there was plenty of woodland to explore for a cosy looking glen.

I walked along the track with only the ambient light to guide me, past fields and a few farm houses and eventually through a small copse of woodland where deer were barking loudly. Occasionally I’d disturb a bird and it would flutter off it’s bedtime perch. The woods are magical at night.

“I was awoken by the dawn light at around 3am, and again at 4:30am when the sun began rising.”

It didn’t take long to reach the beach, and quite soon I found a nice flat patch of grassy ground overlooking the beach and the shore. The tide was up and as I snuggled down into my bivvy, the noise of the waves was a little to close for comfort, but the view out to Cramond Island under the moonlight was picturesque, and I was quickly asleep. 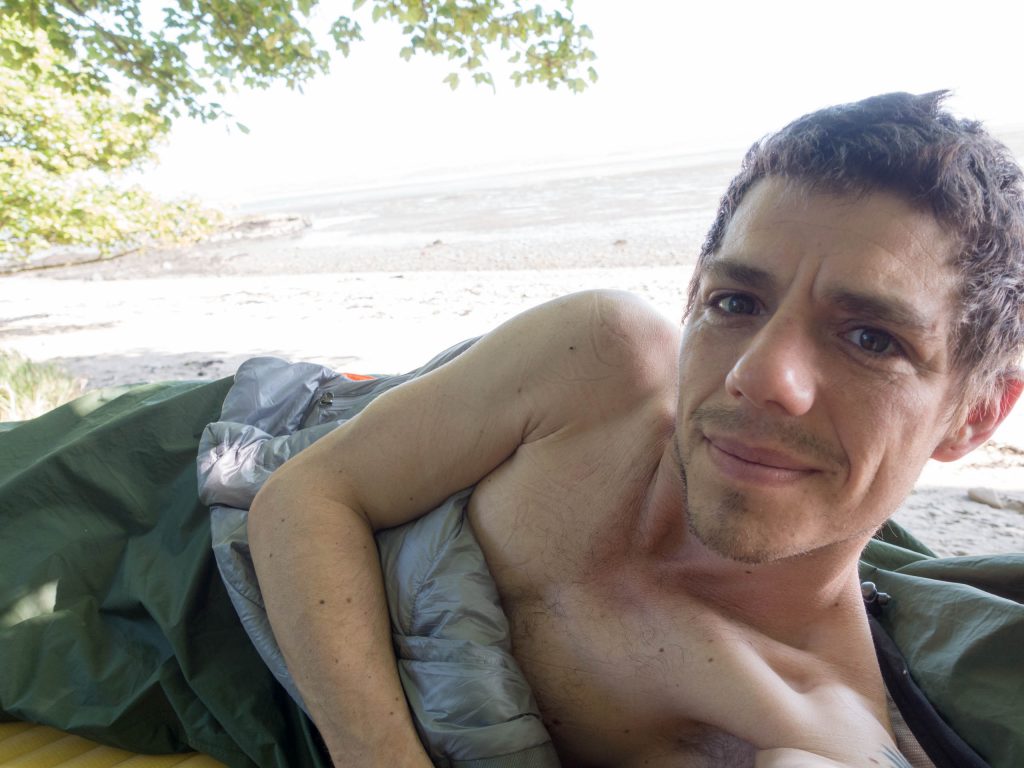 I was awoken by the dawn light at around 3am, and again at 4:30am when the sun began rising. I regret not stirring myself more vigorously then, getting up and taking some photos, perhaps going for a swim, but I was still half asleep. I watched with one eye half open as the sun climbed over the horizon and began ascending into the sky. A new day had arrived, but I fell back to sleep.

“I packed up my things and headed back toward the van, smiling the smile of a vagabond”

When I got up a few hours later the air was warm and the scenery stunning, but the sea was too far out for a swim. I packed up my things and headed back toward the van, smiling the smile of a vagabond, dreaming of breakfast and wondering what the day would bring. 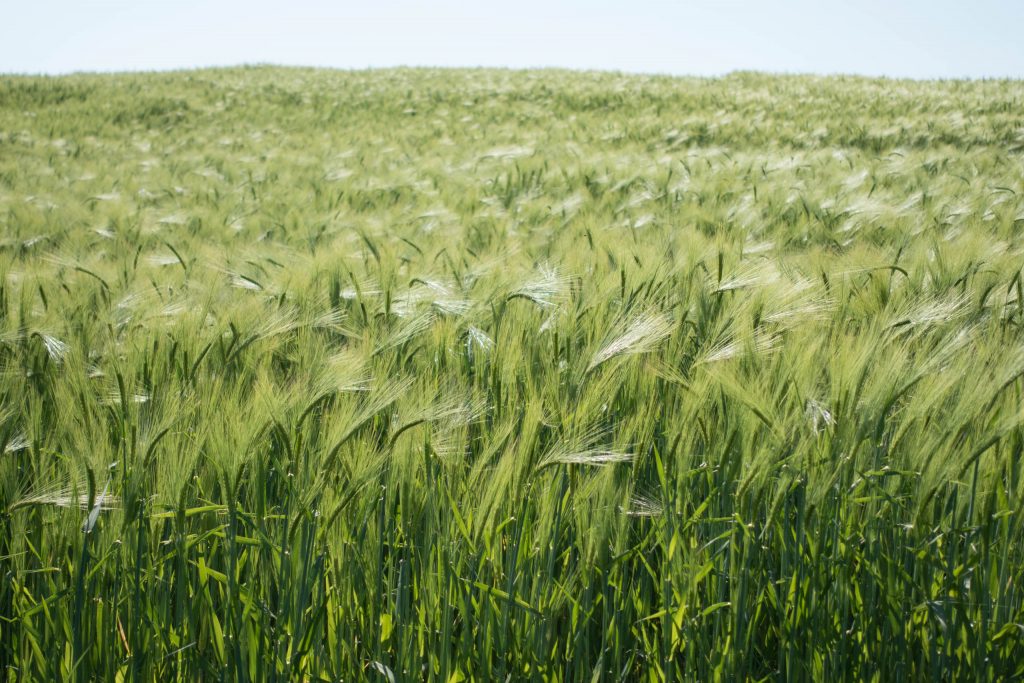 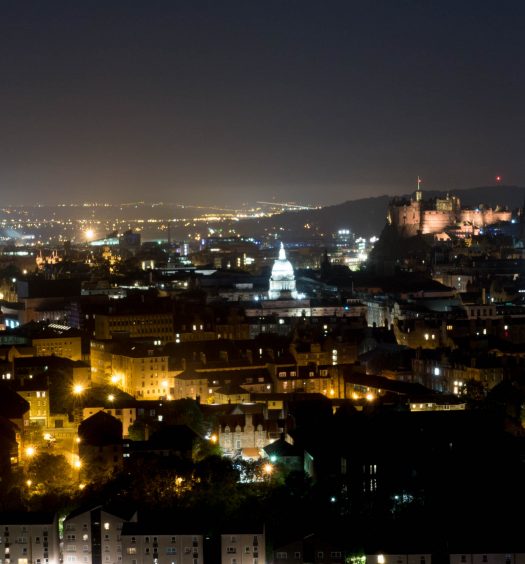 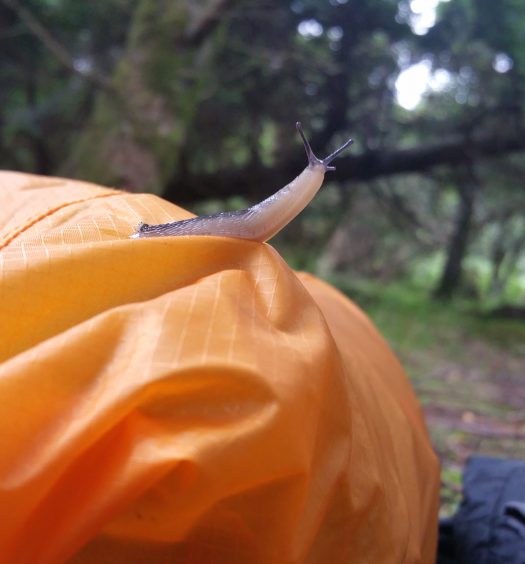